The Poincare's method is based on collecting values taken from a time series with a mapping period Tm and corresponding mapping frequency ωm = 2π/Tm. If two trajectories are observed

whereas Poincare points (obtained with the mapping period Tm ) are depicted on a graph below together with numbers representing their ordering: 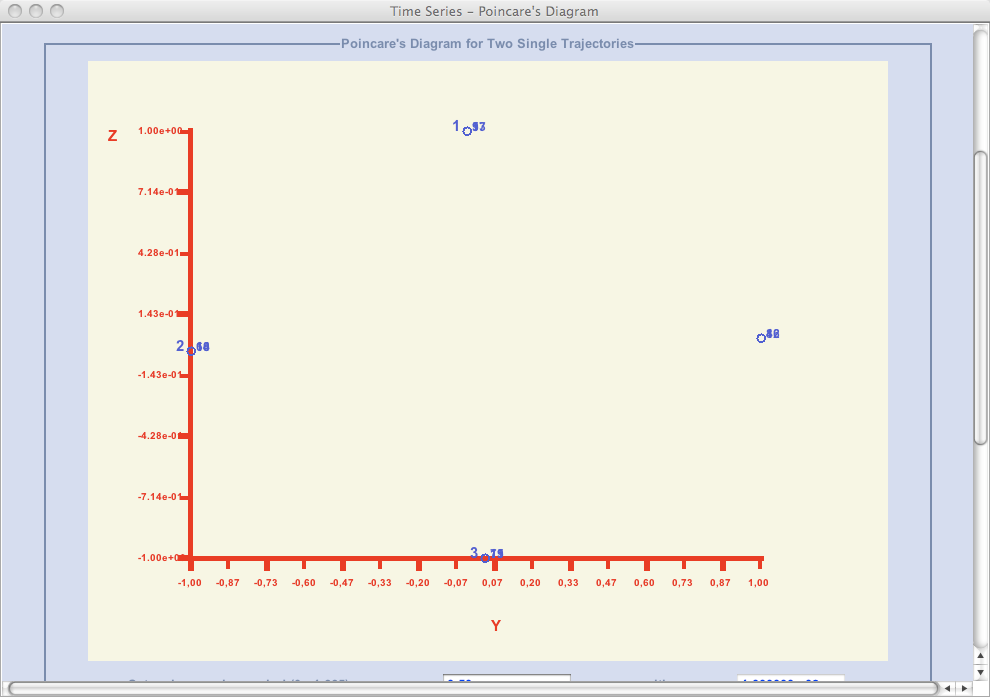 Both a number of repeated pointal positions seen as different (q) and order of their occurrence matter. Namely, computation of the characteristic frequency is based on the expression
ω0 = p/q ωm

where p is a sum of a number of skipped over positions counted in the counter-clockwise direction between two successive points and 1.